‹ BACK TO SCHEDULE
Daily Departures every morning at 7:20 (March-October) Check at our reception for the winter schedule

In a single day, visit two of the most important archaeological sites of ancient times, plus the idyllic city of Nafplio, the first capital city of modern Greece.

MYCENAE
The Mycenaean civilization developed on the Greek mainland in the late Bronze Age (16th century BC), although the site of Mycenae is known from excavations to have been occupied from the Neolithic period (c . 4000 BC). It was essentially a continuation of the Middle Helladic culture, transformed by Minoan influences from Crete. The apogee of the Mycenaean civilization came in Period III (c . 1400-1120 BC), when strong citadels and elaborate palaces were built. Towards the end of
this period a script, known as Linear B, came into use; the language used has been shown to be an early form of Greek, confirming that the Mycenaeans were Greek speakers of Indo-European origin.

EPIDAURUS
The Sanctuary of Asklepios at Epidaurus, within which the Epidaurus Ancient Theatre is situated, was one of the most extensive sacred sanctuaries in ancient Greece. Built in an elevated valley surrounded by mountains, the theatre is marveled for its exceptional acoustics, which permit almost perfect intelligibility of unamplified spoken word from the proscenium to all 15,000 spectators, regardless of their seating. Studies indicate that the astonishing acoustic properties are the result of the advanced design: The rows of limestone seats filter out low-frequency sounds, such as the murmur of the crowd, and amplify high-frequency sounds from the stage. In 1988, the theatre, along with the entire Sanctuary of Asklepios, was declared a UNESCO World Heritage Site.

NAFPLIO
One of the most beautiful towns in the area of Argolis as well as one of the most romantic cities all over Greece, Nafplio was the first capital of the newly born Greek state between 1823 and 1834. According to mythology, the town was founded by Náfplios, the son of the god Poseidon and Amymoni, the daughter of Danaus. The town’s history traces back to the prehistoric era when soldiers from here participated in the Argonautic expedition and the Trojan War. The town declined during the Roman times and flourished again during the Byzantine times. Ancient walls, medieval castles, monuments and statues, Ottoman fountains and Venetian or neoclassical buildings mesmerize the visitor with their unique architecture and beauty. 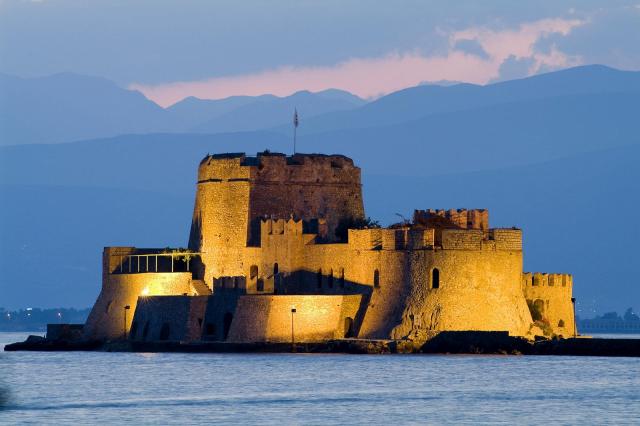 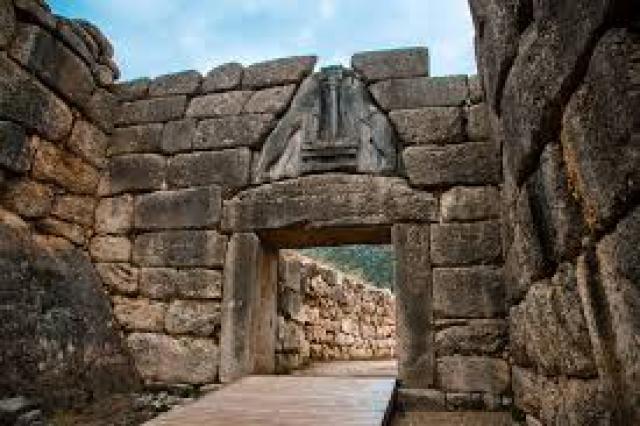 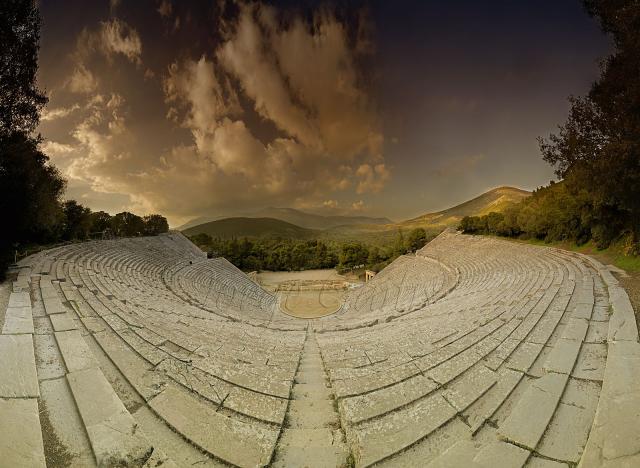 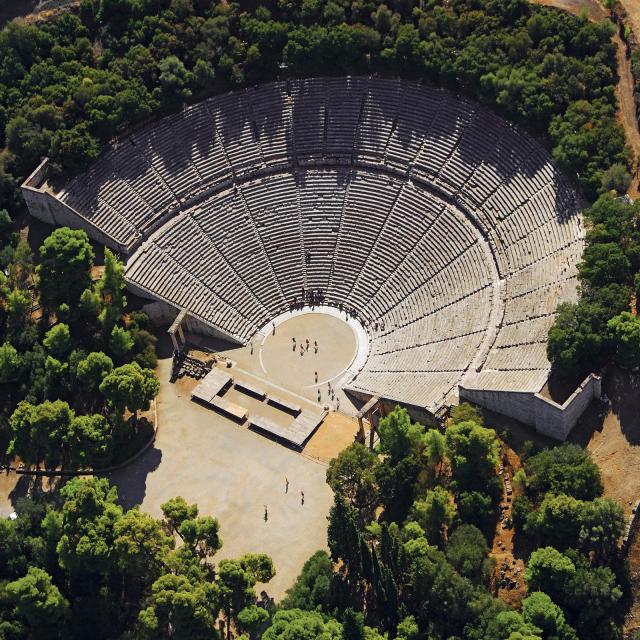